OCE is proud to introduce and thank its distinguished Advisory Council, which includes professionals from business, labor, and government communities. These advisors serve voluntarily, without compensation, and continually help to evolve and improve OCE's processes and practices through guidance on a variety of business, labor, and financial issues. Learn more about OCE on our Transparency & Accountability Page, which includes links to the Oregon Revised Statutes behind the establishment of OCE and the OCE Advisory Council. 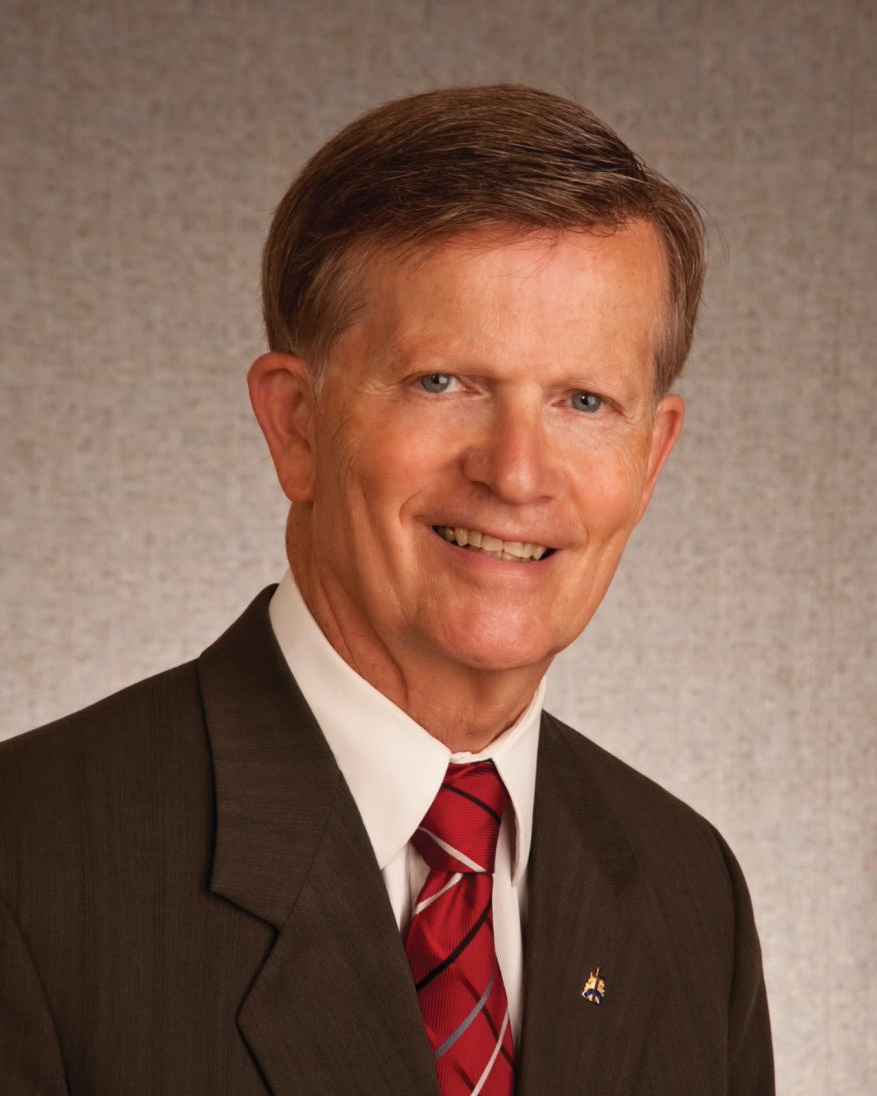 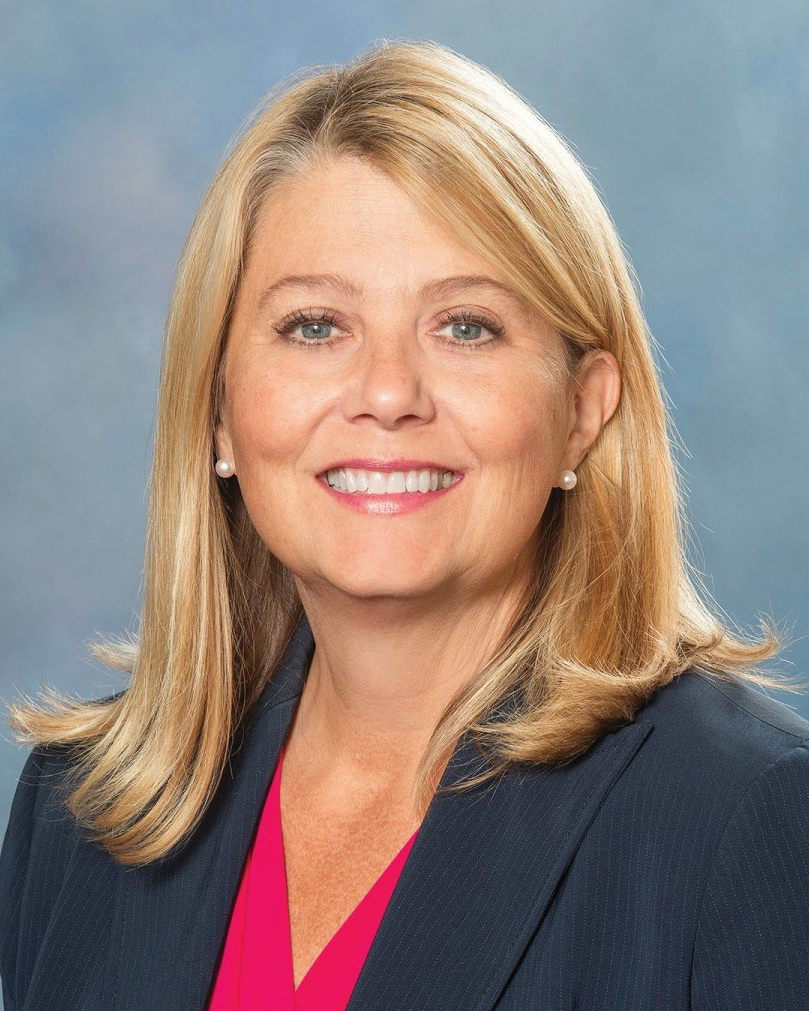 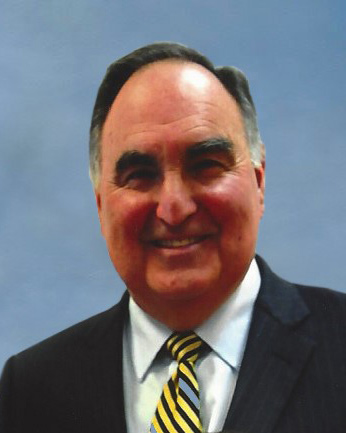 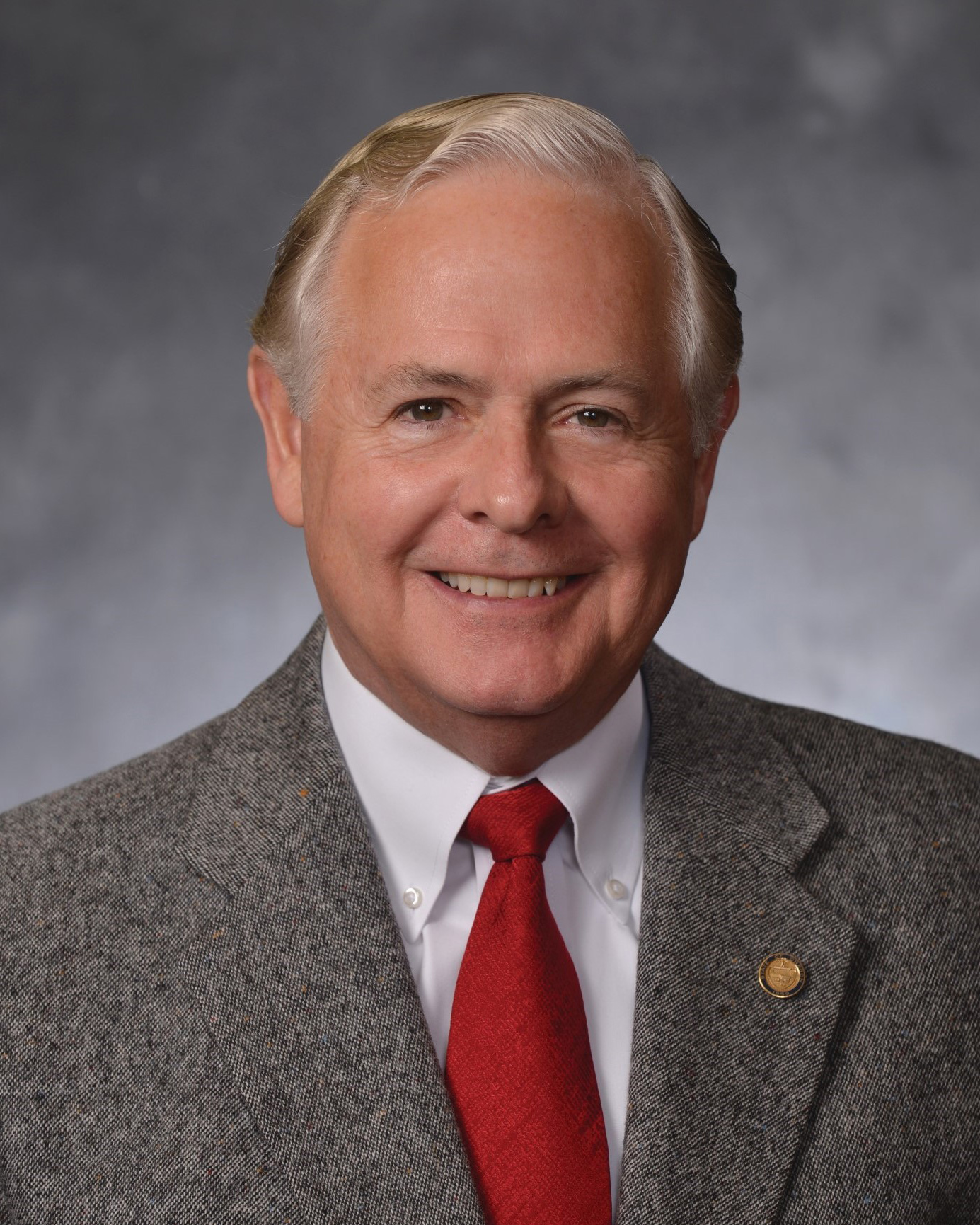 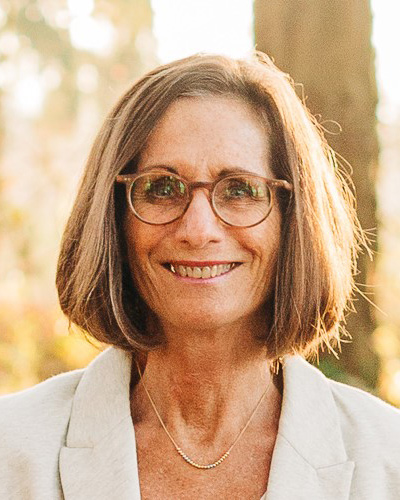 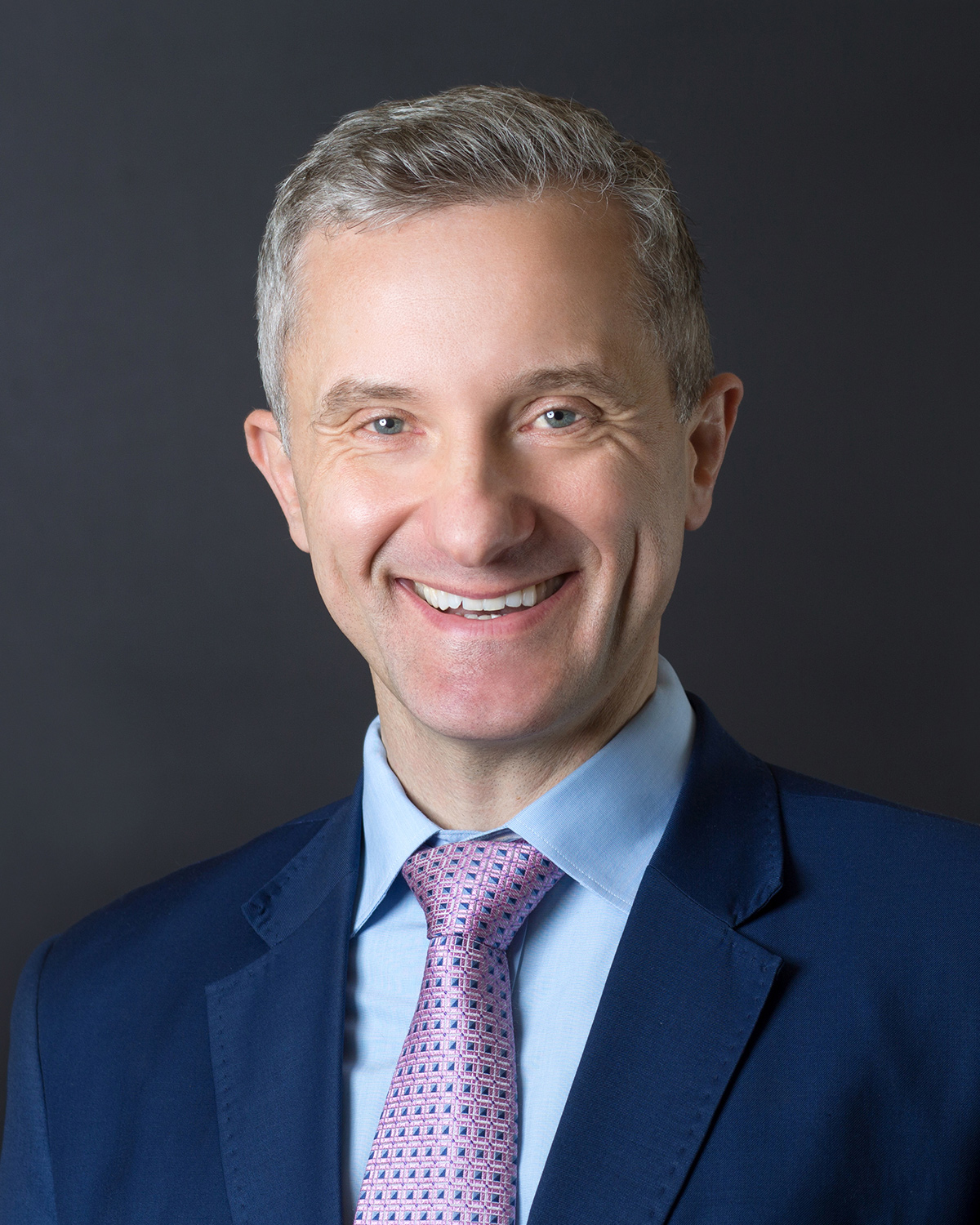 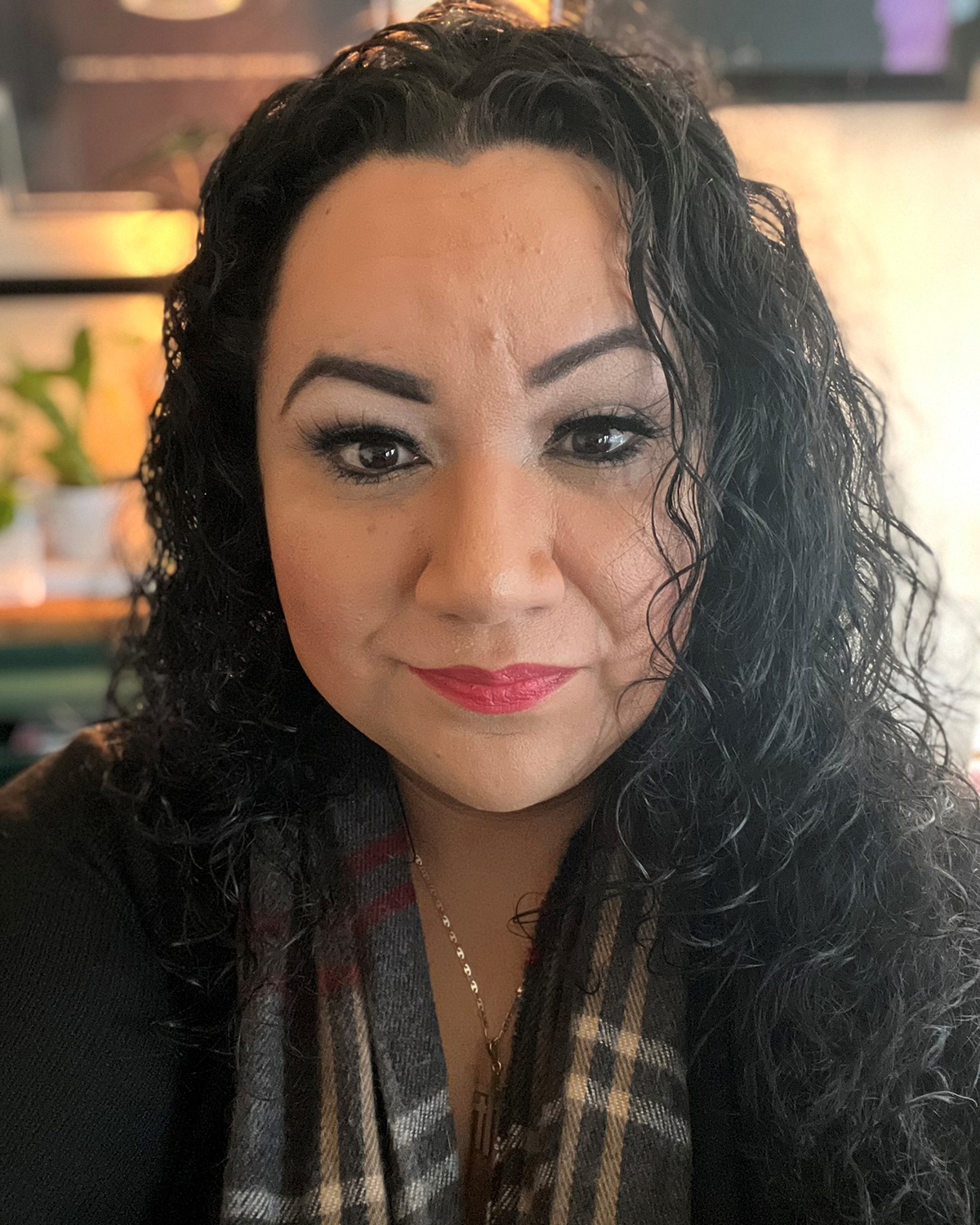 OCE Advisory Council Chairman Richard (Dick) Withnell graduated from Linfield College. Upon graduation, Dick started with U.S. National Bank in installment lending, and soon after went into the car business. He purchased his first car dealership in 1980. In 2002, Dick sold Withnell Motor Company to his son, David. During his 22 years at the Withnell Motor Company helm, Dick served as president of both the Salem Automobile Dealers Association and the Oregon Automobile Dealers Association, as well as the National Dodge Dealer Chair (representing 4,000 Dodge dealers). Recognition of his automotive achievements included being selected as the recipient of the “Business of the Year,"“Employer of the Year," and “Showcase" awards from the Salem Area Chamber of Commerce.

In addition to his 25 years as a member of Linfield College's Board of Trustees, Dick held governor-appointed positions on the Oregon Education Investment Board, Early Learning Council, the Public Safety Commission for Sentencing Reform, and as chair of the Oregon Commission on Children and Families. He served three years as the public member of the statewide Governor's Re-Entry Council. He was the 2011 recipient of the “Al and Pat Reser Civic Leadership Award," one of the Governors' Gold Awards. Dick is a member of the Alexis de Tocqueville Society “Million Dollar Round Table" (United Way of America), and he has twice been named “Philanthropist of the Year" by the United Way of the Mid-Willamette Valley. Corban University conferred on him an honorary “Doctor of Humane Letters," and he received the Salem Area Chamber of Commerce's “First Citizen Award."

OCE Advisory Council Vice Chairman Nancy DeSouza recently retired after an executive management career for the State of Oregon, including serving as executive director of Oregon Travel Experience and the Oregon Board of Parole and Post-Prison Supervision. She brings her experience as former Public Affairs and Government Relations Director for the Oregon Department of Corrections, and as Marketing and Communications Manager for Inside Oregon Enterprises (DOC prison industries work programs prior to OCE's establishment).

During her time at DOC, Nancy was involved in the implementation of the Prison Industries Enhancement Certification Program (PIECP), the creation of Oregon Corrections Enterprises as a semi-independent state agency, and expanding AIC work opportunities inside Oregon's prisons. A native Oregonian and graduate of the University of Oregon, her areas of expertise include public policy, organizational development and change management, dispute resolution, administrative law, and agency governance and operations. Nancy stays active serving on the Board of Travel Salem and the Board of Directors for Co-Serve International, as well as volunteering for various local civic organizations.

The Honorable Paul J. De Muniz was elected to the Oregon Supreme Court in 2000 and served as Chief Justice and administrative head of the Oregon Judicial Branch from January 2006 to May 2012. He retired from the court in December 2012. Between 1990 and 2000, he sat on the Oregon Court of Appeals and served as a presiding judge. Before ascending to the bench, De Muniz was in private practice for 13 years with the Salem, Ore., law firm of Garrett, Seideman, Hemann, Robertson and De Muniz P.C., where he specialized in complex criminal and civil litigation, and appeals. From 1975 to 1977, he was a deputy public defender for the State of Oregon. Reaching beyond the borders of Oregon, he also was a member of the Conference of Chief Justices and was elected to its board of directors in 2008. He has served on the boards of the National Judicial College, the National Crime Victim Law Institute, and the Institute for The Advancement of the American Legal System.

In 2013 De Muniz founded a legal clinic dedicated to providing legal assistance to previously incarcerated individuals re-entering the Salem/Marion County community. In 2011, De Muniz completed a three-year term as a member of the Harvard Kennedy School's Executive Session for State Court Leaders in the 21st Century. That same year, De Muniz was inducted into the National Center for State Courts' Warren E. Burger Society in recognition of his commitment to improving the administration of justice within the states. In addition to his many law review articles on the courts and the legal profession, De Muniz authored A Practical Guide to Oregon Criminal Procedure and Practice, a reference book used by lawyers and judges throughout Oregon, and recently, co-authored American Judicial Power: The State Court Perspective, a legal treatise emphasizing the importance of America's state courts.

Kevin Mannix is an accomplished attorney, former Oregon Legislator, former Chairman of the Oregon Republican Party, and a dedicated community leader. Kevin graduated from the University of Virginia in 1971 and received his law degree from the University of Virginia School of Law in 1974. Kevin has served as a law clerk to the Oregon Court of Appeals; Assistant Attorney General, Oregon; Assistant Attorney General, U.S. Territory of Guam; and Administrative Law Judge, Oregon. In January 1986, Kevin established his own law firm in Salem, and continues his private practice. He handles wills and business law, as well as legal representation for foundations and nonprofits. Kevin served five terms in the Oregon House of Representatives and a partial term in the Oregon Senate.

Kevin is the author of five successful citizen initiatives: Measure 10, Measure 11, Measure 17, Measure 40, and Measure 73. Kevin is President of Common Sense for Oregon and the Oregon Anti-Crime Alliance. He is also Chairman of the Board of Directors of Blanchet Catholic School, an independent corporation which he and several other leaders founded in 1995.

Representative Raquel Moore-Green has been active in the Salem community for 25 Years. She served on the City of Salem Budget Committee for 6 years, as a Citizen Member Ward 3 beginning in 2013. She is an active member of the Salem Area Chamber of Commerce and is a former Government Day Coordinator & First Citizen Event Coordinator. She is a member of Salem City Club and former Board member, she also is a member of SEDCOR. Raquel has worked with the De Muniz Legal Clinic, is a member of the Daughters of the American Revolution, and a Marion County Republican PCP. Late last fall she joined the board of the Salem Police Foundation.

She currently serves on the House Health Care Committee, the House Judiciary Committee, and House Interim Subcommittee on Behavioral Health, as well as the new Joint Special Coronavirus Response Committee and the Universal Primary Care Work Group. Raquel has an extensive work resume including being a small business owner. She has worked for Senator Jackie Winters and Representative now Commissioner Kevin Cameron in various roles. She was a development strategy coordinator for the YWCA from 2010-2011 and served as Campaign Manager for the United Way of the Mid-Willamette Valley 1999-2004. In 2019 she was appointed to represent the citizens of HD 19, which includes parts of South Salem, Aumsville and Turner. Raquel enjoys gardening, sewing, reading, and spending time with her 11 grandchildren.

Ernesto Toskovic serves as the SVP Senior Relationship Manager-Commercial Banking, Middle Market with Key Bank. In his role at Key Bank, he serves as a trusted commercial banking advisor to corporations and multi-company institutions with revenue greater than $20MM. Ernesto holds an MBA degree from Willamette University, an M.S. in International Relations, and a B.A. in Political Sciences from University of Zagreb, Croatia. He is also a graduate with Honors at Pacific Coast Graduate School of Banking at the University of Washington and is a member of Beta Gamma Sigma – The International Honor Society for Business Administration and Pi Alpha Alpha – The National Honor Society for Public Affairs and Administration.

Ernesto is a Contributing Associate Professor in Finance at Willamette MBA, an active member of Rotary International and Paul Harris Fellow. He is also a member of the Boards of O'Neill Student Investment Fund at Willamette University, Public Defenders of Marion County, Family Building Blocks, and Mid Valley YMCA.

Angelica Ceja-Ochoa is Council President for the City of Aumsville and a tenured employee for Oregon State Hospital. Before her selection as the Contract Specialist for the Initiation Collision with SEIU503, she was a Mental Health Therapy Technician for 11 years. During her time of state service Angelica has been an active member of SEIU503 participating in various roles throughout the organization.

Angelica currently serves as the Assistant Director for the Initiation Collison on the Statewide Board and is the CO-Chair for SEIU Statewide CAPE Council (Citizen Action for Political Education) representing the Salem and surrounding area. The youngest in the 1st generation of immigrant and migrant farm workers, she has over 25 years of community activism and volunteerism. Angelica spends her free time working with the Aumsville Migrant Education Program, Salem Harvest, and other food banks. She was a Marion County Victims Assistance Advocate and a Stayton Reserve Police officer.